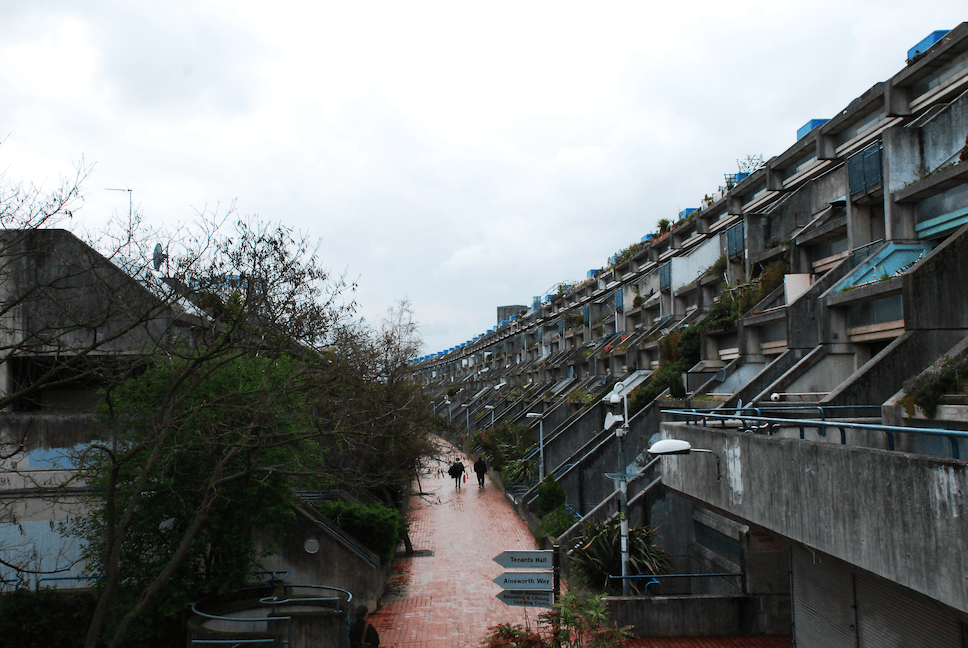 If brutalism “challenged traditional notions of what building should look like” by showing raw materials and construction, then Neave Brown’s Alexandra Road Estate challenged “the government’s push for high-rise buildings”1 and redefined the then perception of social housing. The idea-fix behind was “to build low, to fill the site, to geometrically define open space, to integrate.”2  Iconic for architects, inspiring for movie makers, who –  according to the residents – tend to too recklessly present the estate in a bad light.

In 1965 progressive London Borough of Camden appointed the architect Neave Brown who set about delivering “a series of low rise, high-density schemes, which would include one of Europe’s great social housing projects.”3 The design had been finished in 1968, but the whole construction was completed 10 years later, in 1978, among others due to problems caused by using specialised construction on such a large scale. Years of construction works consumed large amounts of money – approximately 20.9 million GBP – and according to some sources, the estate remains the most expensive social apartment ever built in the United Kingdom.
The estate, officially known as the Alexandra and Ainsworth Estate,  is spread over a 6.47-hectare area (as indicated by the residents’ association: the size of 12 football fields) near the South Hampstead station. The key elements of the estate are two parallel promenades with a length of about 1 km and two rows of terraces. The entire residence (two streets, Rowley and Ainsworth Way) provide 520 homes for over 1,600 people.

Currently, the social reception of the estate is two-dimensional. First, some consider it to be one of the most iconic examples of social housing in Europe: “displayed in international exhibitions; studied in universities; and heralded in the media.”4 Architects from all over the world visit the site to photograph and write about it.  There’s a popular, apt sentence by Martin Pawley, describing the groundbreaking role of the site in the history of social housing. In 1990 he wrote in the Guardian that “Alexandra Road is like an epic silent film. It suffers from having been released into a different world to that which it was conceived… set on the very cusp of the change from socialism to the me-generation.”5
The second dimension is a pop-cultural reception. The Alexandra and Ainsworth Estate served as a background for movies and television productions for years. Unfortunately – as pointed out by the residents – “often incorrectly as a criminal hole.”6 The served as a movie plan for pre-apocalyptic crime dramas, political thrillers, sci-fi movies, dramas and romances.  So the long list of titles includes Hard Sun (2018), Love, Nina (2016), Kingsman: The Secret Service (2014), Breaking And Entering (2006) and many others. 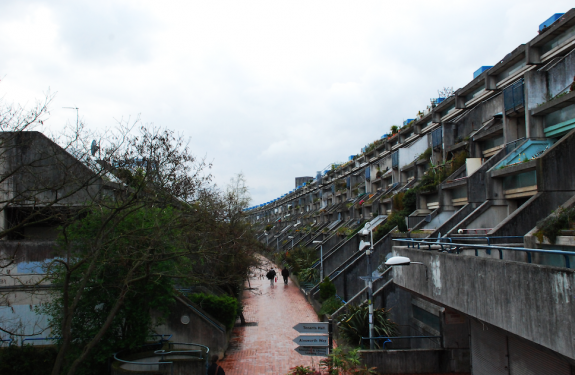 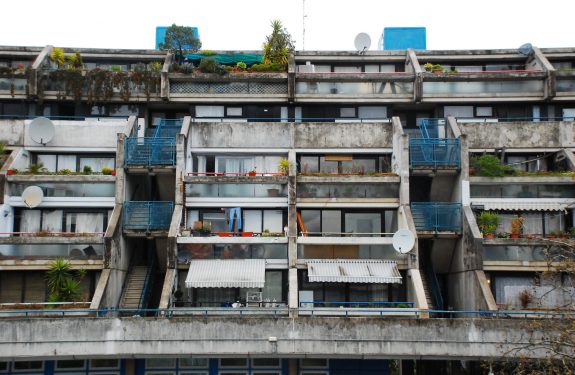 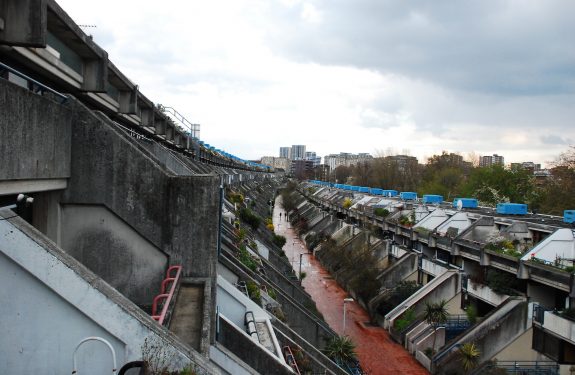 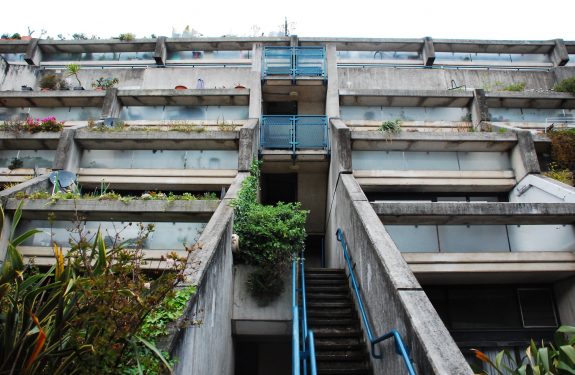 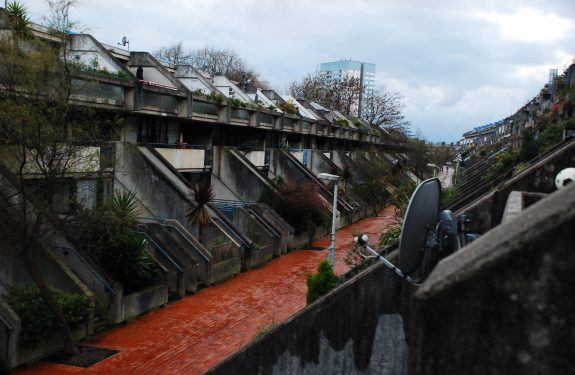 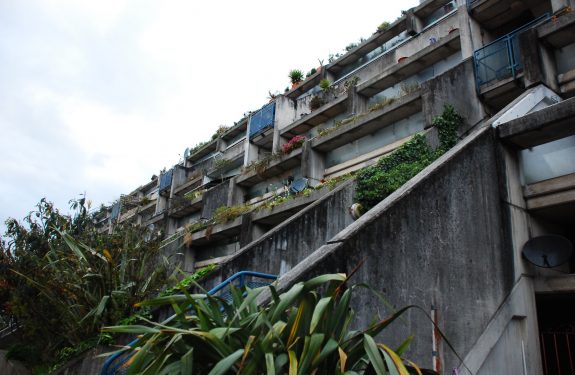 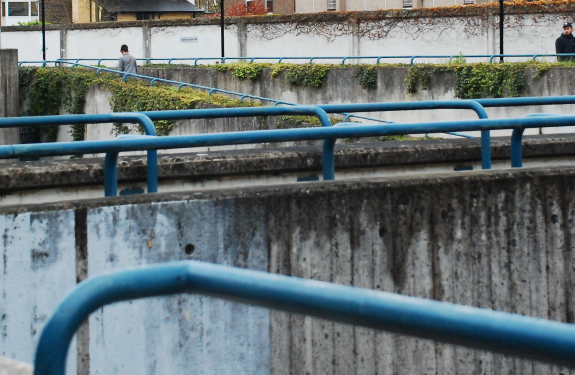 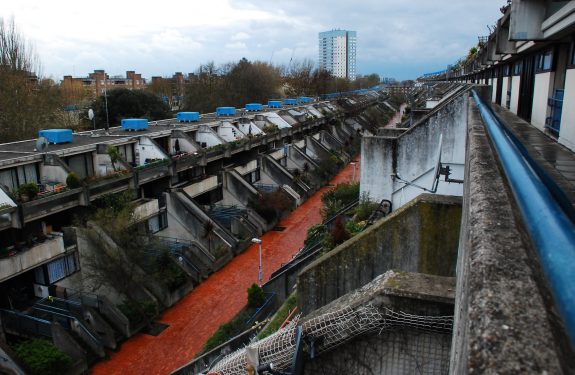 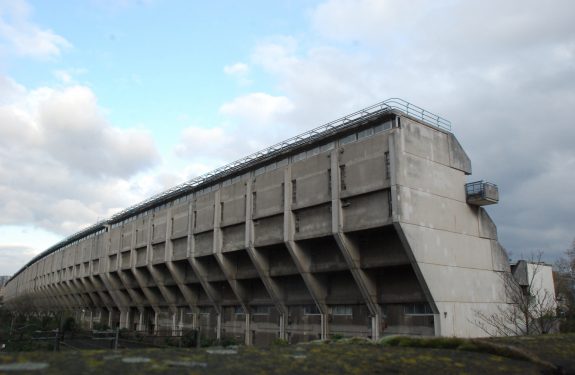 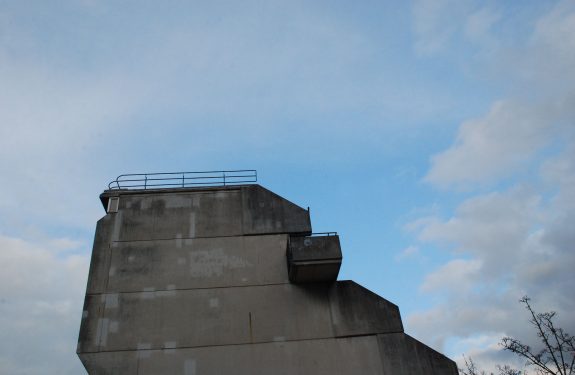 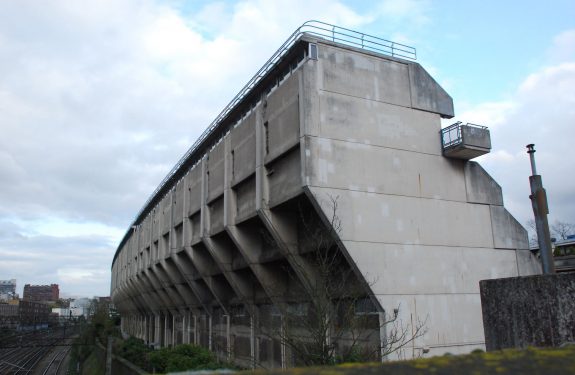